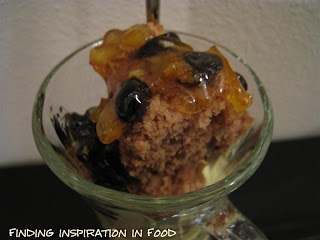 I wanted to make this a couple of weeks ago, but ran out of time. Since the weather is getting cooler and I finally finished putting out the Christmas decor along with the lights outside I thought I would make time to make this dessert. December has totally snuck up on me and my husband had to point out I spend so much time on setting everything up and it’ll only be out for 3 weeks. Well now I’m in total panic mode, because I haven’t started shopping for gifts yet.

Birdie over at the Saucy Bird posted this recipe and it has holiday written all over it to me, even though it’s good for any time of the year. She raves about how it’s a staple in her house and I can see why, the cake is really moist and it’s full of flavor. I urge you to give it a try. I know will be making this again for sure!

I also go an award over the weekend so I’ll be passing that along shortly.

Preheat the oven to 350, spray a 9 X 13 pan with non-fat vegetable spray and dust with flour. Shake out the excess flour and set the pan aside.

Place the cake mix, cider, applesauce, and eggs in a large mixing bowl. With an electric mixer on low, beat until ingredients are just combined. Increase the mixer speed to medium and beat for 1 to 1 1/2 minutes or until the mixture is smooth. Pour the batter into the prepared pan, and set the pan aside. 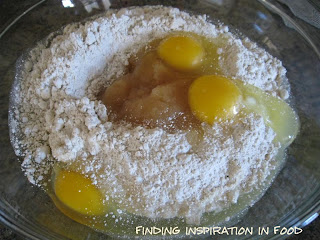 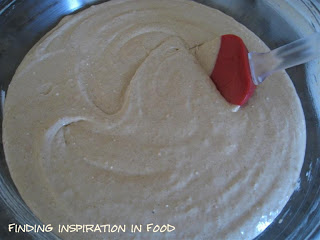 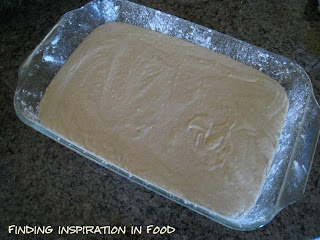 Place the apple slices, brown sugar, cinnamon, and melted butter in a small mixing bowl and stir to combine. 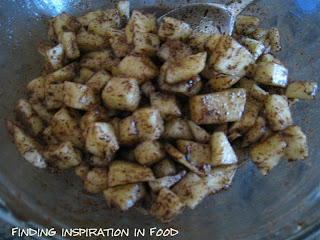 Spoon the apple mixture on top of the batter in the pan. Stir a few times to swirl the apple mixture into the batter. Place the pan in the oven and bake 30 to 35 minutes or until the top springs back when lightly pressed with your fingertips. Remove to a wire rack and cool. 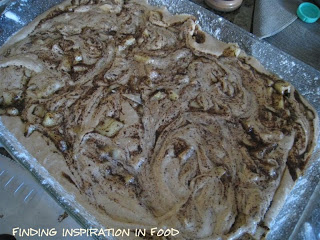 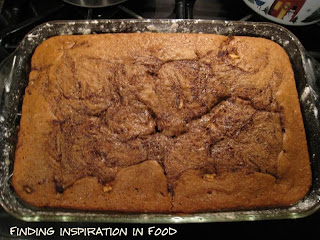 When the cake is cool, cut into small squares. Add 2 tablespoons of prepared pudding to the bottom of teacups. Top with equal amounts of cake squares. Mix the marmalade and the raisins in a microwave proof dish and microwave on high until thinned. Spoon the mixture evenly on top of each tea cup. 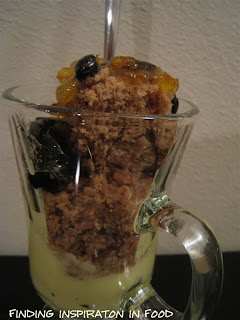 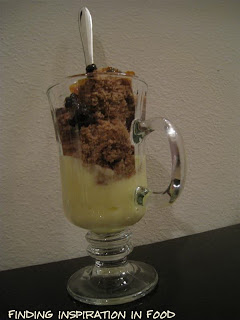 (I must have had too much wine for dinner, I don’t know why the picture is so tilted. haha)

Check out this cutie, we got to see my friends daughter with her dance class do a number to the song Santa Baby on Saturday. I love watching the little kids dance they are the cutest! 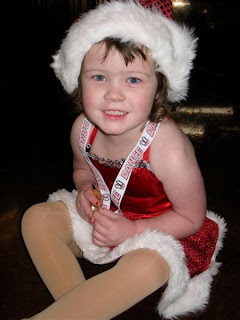